Feta  is a Greek brined curd white cheese made from shapes and goats milk.

Since 2002, feta has been a (production designation of origin) PDO product in the EU. According to the legislation, only those cheeses produced in a traditional way in particular areas of Greece, which are made from sheep’s milk, or from a mixture of sheep’s and up to 30% of goat’s milk from the same area, can be called feta 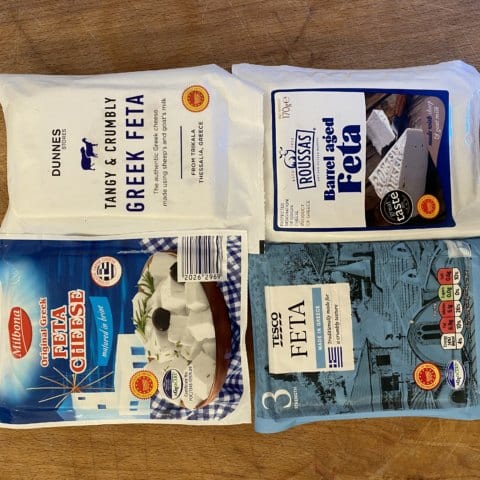 Makes you want to eat more

Not too chalky or salty but a good all round flavour, nice texture, great finish to the taste lingering in your mouth, barrel-aged 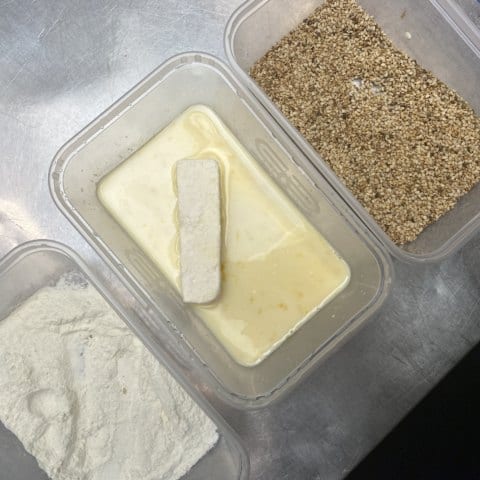 flour, eggs, and sesame then fry and serve with honey. 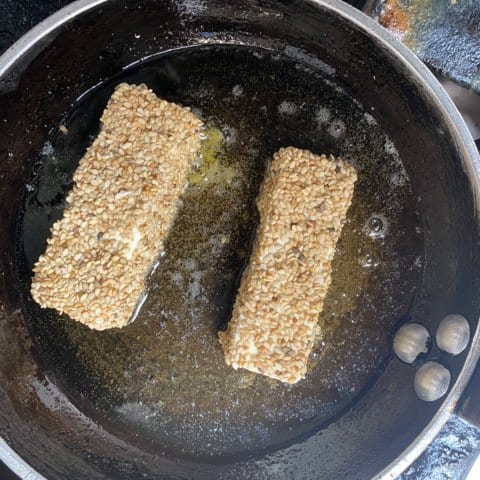 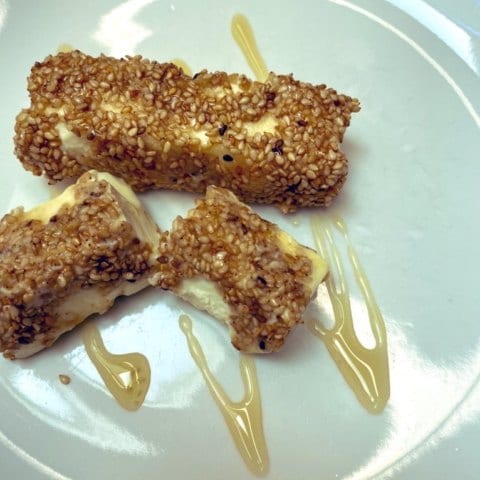